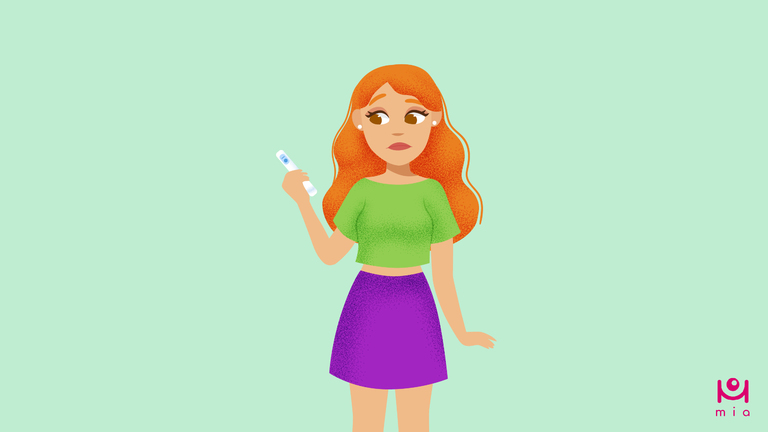 Did you know that not every cycle has ovulation? These are called anovulatory cycles and may occur for any woman.

Over-the-counter ovulation tests detect higher levels of LH in your urine which usually rises before ovulation and actually triggers it. If the text is negative, it means that the LH levels in your blood are at the regular level and ovulation didn’t take place.

1. Age. It is the main factor affecting fertility. A woman is born with a set of eggs in her body, which includes about a million. A woman’s ovarian reserve decreases with age. Irregular ovulation also happens during perimenopause, the time when a woman is approaching menopause around age 51.

2. Hormonal birth control. Contraceptive pills, rings, patches, shots and IUDs work by affecting ovulation to prevent women from getting pregnant. If you are taking or have recently stopped taking hormonal birth control, you may have a few anovulatory cycles when ovulation doesn’t occur. This should pass on its own during the 3 months after you stop taking the contraceptives. The exact timing depends on the type of contraceptive you used. If it doesn’t, see your doctor.

3. In polycystic ovary syndrome (PCOS), the ovaries produce an overabundance of immature egg follicles or cysts but fail to regularly ovulate.

Other symptoms of PCOS include:

4. Endometriosis is a condition when the uterus lining, known as the “endometrium,” begins to grow outside your uterus involving the reproductive organs of a woman’s body. It may also cause irregular ovulation. It can cause fertility issues by producing a physical blockage to the reproductive system. The disease can also damage the egg supply in the ovaries and result in inflammation.

5. Body weight. Excess body weight can affect ovulation by throwing off the delicate balance of hormones required for a healthy menstrual cycle. Obesity may also be related to insulin resistance, which, as in PCOS, can affect reproductive hormone levels.

When someone is very underweight, their body attempts to conserve energy by putting a pause on certain functions, like ovulation.

6. Endocrine problems can affect ovulation, as the ovaries are part of the endocrine system and are in constant communication with its other parts.

7. Sleep problems are correlated with menstrual irregularities and conception.

Primarily a concern for people who work late nights or irregular shifts (or who experience sleep disorders like insomnia), it’s thought that sleep disruption can affect ovulation because sleep may be a factor in the body’s regulation of TSH, progesterone, Luteinizing hormone (LH), which triggers ovulation, Follicle-stimulating hormone (FSH), which helps ovarian follicles mature, as well as other important hormones that can affect ovulation.

If a test shows that ovulation isn't occurring, it's a great time to check in with your gynecologist, because getting women to ovulate is often quite straightforward.