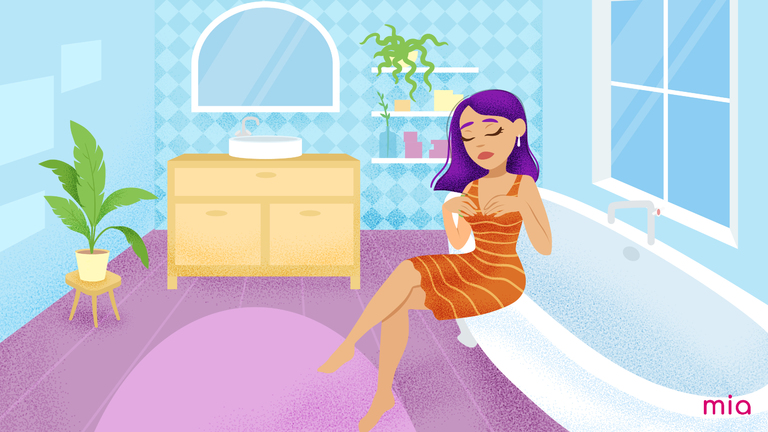 Inverted nipple: Is it dangerous?

An inverted nipple lies flat against the areola or goes inward instead of sticking out.

The areola is the circular area of pigmented skin around the nipple.

You can spot inverted nipples during your regular breast self-exam.

This condition can also be called nipple inversion, nipple retraction, or invaginated nipple.

Some women are born with them, and it seems to be completely normal, as the shape of the nipple doesn’t influence the sensitivity.

- Less than 5% of people are born with inverted nipples, says Stephanie Downs-Canner, M.D., an assistant professor of oncological breast surgery at the University of North Carolina.-

It is OK to breastfeed with the inverted nipples too. Yet if you find it unappealing, this can be fixed with a plastic surgery. -

If your nipples have always pointed out, and now they've suddenly become inverted, that might be a red flag.

There are multiple causes for this condition. Some are more serious than others.

Causes of retracted nipples include:

Nipple retraction can occur slowly and gradually as you age. This is a benign process, meaning it may be unrelated to cancer or any other medical condition.

This noncancerous condition occurs most commonly during lactation or perimenopause. It’s caused by a milk duct that widens and thickens, becoming blocked and causing fluid to build up in the breast.

This inflammatory condition may also cause redness, tenderness, and nipple discharge to occur.

If you've recently finished breastfeeding, your nipples might turn inward. This happens if the milk ducts scarred while you were breastfeeding. Breast surgery or other injury to the breast can cause your nipple to turn inward, too.

Paget disease of the nipple is a rare, cancerous condition occurs in the nipple and areola. It’s often accompanied by ductal breast cancer.

In addition to nipple retraction, some symptoms of Paget’s disease of the breast may mimic eczema or skin irritation (dry and flaky skin, include itching, redness, oozing, or lumps).

Nipple retraction can be a symptom of more common type of breast cancer, such as carcinoma. This symptom may occur when malignancies are large enough to be seen on a mammogram and felt during a physical examination.

If you spot that your nipples started to be inverted all of a sudden, see your healthcare provider to find out the reason for this.